I held her yesterday, and her eyes filled with tears. She said, “I can’t do it.”

She meant various things. She can’t love two people at once. She can’t submit to me.

Our relationship is, or was, master and slave. We just are. Or we were. There could never be any other dynamic between us, even if we tried. So she cannot have two lovers.

But it was the tears that ended it for me. I’d meant to comfort her and make her smile. I loved it when she cried because my paddle had hurt her ass, and so did she.

But I can’t think of anything worse than making her cry when it’s not for pleasure. When I can’t comfort her, when my touch and smile make her sad, then it’s over. 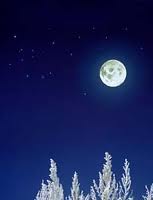 I broke the hug and said, “All right.”

We hugged later, with slightly different emotional meanings. There’s nothing bad between us, just sadness.

This is going to hurt so much. I’m going to miss her so much. 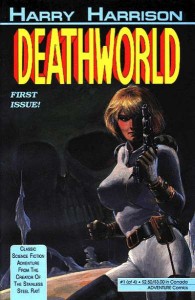 Yes, Meta is the heroine of Harry Harrison’s Deathworld series. She probably looks like a sexy weightlifter. (Born on a high-gravity planet, you see.) Anyway, meta is also my word for the posts that are just me blogging about blogging.

So, it has to be said that I’m having an emotional time at the moment.

I’m even listening to various kinds of emo music. Not Tristan und Isolde; that would pretty much destroy me in my current state. But I do recommend Don’t Fight It, Marsha, It’s Bigger than Both of Us by Blam Blam Blam, for the lovelorn. 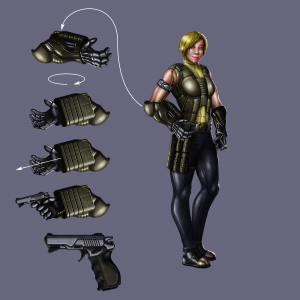 I don’t feel like getting drunk so I’m going to do the other thing men sometimes do to deal with misery. Which is to forget about it for a while, and bury it in work.

I’ve had relationships end before, but this one has hit me really hard. But you have to leave yourself open to hurt, or you won’t be open to love.

Anyway, I’m back to the probation officer story tomorrow.

Once I had the ward to myself, apart from the sleeping patients, I unlocked the staff toilet and went in and took a look at myself. I found that I’d ripped my jeans where my shin had hit the rock. There was a serious looking cut there, deep and wide, as well as gravel abrasions, and I’d bled quite a lot. But it was already forming a dark crimson scar. It was still shiny and wet, but the bleeding had stopped. I wasn’t feeling any pain yet, because of the shock.

So I put my uniform on, and cleaned up the wound and applied bandages from the medical supplies in the nurse’s station. I limped for a few days afterwards, and I’ve still got a tiny dent in my right shin where I may have powdered or splintered a bit of my tibia. And that was that.

Fools are lucky. Drunks and babies too, but I wasn’t drunk or a baby.

As for the landing that’s coming up for me now, I don’t think it’ll be so easy. I love that girl, and I know that in a sense she still loves me. It’s just that she hasn’t got her mind on me right now.

I have to stay optimistic. I don’t want to protect myself. There’s still a chance that we can save us. She may still need me, when she remembers. (Does that sound bitter? It’s not so much. It’s just that she isn’t thinking about me or us. And she isn’t protecting herself emotionally either.) In the meantime, I still have the duties I took on as her master. I have to be there for her unless it’s clear that we’ve separated. So whatever happens, even the best outcomes, it’s going to hurt a lot. Well, it already does.

I’d been flying through the air for maybe three seconds, maybe four, with the bike spinning along below me. The headlight swept in circles, a prison searchlight looking for escaped rabbits, and sparks fired when the footpeg scraped across a rock. Half motorbike, half Catherine Wheel. The engine was still going.

Then I hit the road, still moving fast. I landed on my side, and – bashing my elbow a bit as I did so – turned myself onto my front so that I could see where I was going. Mostly the camel hair coat protected me. It reached nearly to my feet, so the only damage I took, apart from the elbow I’d used to turn, was when it had flapped free of my lower legs and my shin hit a rock. After that I kept my hands and feet in the air.

Eventually I glided to a stop. The bike was a few meters behind me, smelling of petrol, the engine still running. I got onto my knees. I’d expected to be in worse shape. I stood up and walked over to the bike. Then I shrugged, pulled it upright, got on, and rode to work.

I turned up at the nurse’s station only a few minutes late, still wearing the coat. I let the nurse I was replacing think I was in uniform under the coat. Why not? It was a cold night.

I used to own a Norton 650 motorbike. It was made long before I was born and it was a beautiful piece of machinery. It was superbly balanced, so that although it was a heavy machine it felt light to the rider. It went where you leaned; you only had to give it a hint, like a horse that knows and likes you. And it had power to spare.

I was working as a psychiatric nurse. It was a security hospital far out in the country. I mostly did night shifts, because I’m a night owl and I didn’t mind odd sleep patterns as much as most people. The patients were mostly asleep at night, with some spectacular exceptions, so I could usually get some reading or writing done.

I went to a party one Friday night. It was a good party, and I lost track of time. So when I looked at my watch I found it was 10.35PM. That meant I had less than half an hour to get my uniform on and get to the ward. I had my uniform in a backpack, and I decided to get changed at the ward once I’d arrived. That was a lucky decision. The other lucky thing was that I put on a long coat made of camel hair, that my grandfather had worn in the second world war. He was in desert fighting, where the nights seemed as cold as the surface of the moon.

But by the time I had my foot on the kickstart I had less than twenty minutes to get to the ward, and it was a half hour ride. It was a pitch black night, cloudy, moonless and starless.

I was on a stretch of gravel road when I saw a packing case on the road ahead of me, that must have fallen off the back of someone’s truck. I swerved to go round it, but I didn’t have enough time. The front tyre missed the box but hit a large stone, and suddenly the bike was sliding along the ground on one footpeg and one handle bar, spinning but still heading in the general direction of work. But I was in the air, having gone over the handlebars when the bike went down. I was flying a bit less than a metre above the ground, at the speed that the bike had been going.

I had what seemed like a long time in the air, long enough to experience every microsecond and to wonder, in an abstract way – since I couldn’t do anything about it – what I was going to hit, and how badly whatever I hit would break me. There were trees, and a ditch.

I feel like that now. I’ve left the bike, I’ve done the things I can do to try to save us. I don’t know if they’re enough, but more would make things worse. And for now there’s nothing more that I can do except to fly and hope that I’ll be ok when I hit whatever it is that I hit.

Life’s on hold. Her daughter is sick, and at home, so my agenda for today is off.

Our relationship isn’t just about pleasure and sex, but those things are important. They’re basics, and basics are good. (When they’re good, that is, and in our case, they are.)

Anyway, I’m going over now. I’m going to help build a model bear. A grizzlie, with a mat for hair and I don’t know what the teeth will be made of. Well, that’s something, though I can’t help feeling that it would be better to be sexy, right now, than helpful.

I‘d hoped I’d never feel like this again in my life, but you never get love or life risk-free. C’est la fucking vie.

My girl has told me she loves someone else. My heart hurts, and my world has fallen in. I’m bewildered and sad. I want it not to be true. I have no idea what to do.

Well, I’m not going to give up. I don’t have that first fresh rush of lust on my side. But I know that I’ve been good to her and good for her. I have love on my side, and authority. Though if a woman wants to leave her Dom, then of course she can: his authority stops when consent stops. But I have something: I’ve always used my power and my best judgment for her good, so she will listen and consider what I say.

On the other hand, though I respect her utterly, I do think my judgment is better than hers. And maybe it’s better than hers at the moment precisely because she’s swept up in the excitement of meeting a new, sexy person. Her happiness comes first, before mine, but at least I won’t assume that making the great sacrifice and going off nobly is the best thing for her happiness.

I think that her best happiness is with me. That happens to coincide a little too well with what is best for my happiness. But that in itself doesn’t mean it’s wrong. We should both be happy.

Well, anyway, I’ll do what I can to save this, and us.