When people tell me stories about sex in the cubicles of some nightclub or department store or whatever it might be, I can see that they liked the mischief of it, and the sense of being carried away by lust, and I can relate to that. But I’ve had times when I’ve been overcome by lust, and felt the absolute need to act on it immediately, and that still hasn’t led me to take my girl by the hand and drag her past the Gentlemen sign at the local bar.

It’s useful to know a few places that aren’t “my place, your place or the conveniences at Macy’s”. I tend to explore new cities, when I first arrive, looking at spaces from an unusual perspective.

For example, there’s a little roof garden in one of the London universities that you can get to by climbing up four flights of stone steps and then hopping over the crenellations. It’s a pretty and clean little place, with a great view over London though London can’t see you, and it’s got a little grass area that’s … comfortable. I don’t live in London any more, but I still smile whenever I’m visiting and I happen to walk past that building.

But no matter how keen I was, I don’t think I’d ever want to fuck in a public toilet. They’re just not romantic. They have that horrible light that’s supposed to stop junkies from being able to see their veins, which doesn’t make anyone look their best, they smell bad, and they’re all hard and uncomfortable surfaces. And while you have privacy of a sort if you keep the cubicle door closed, it’s not real privacy. 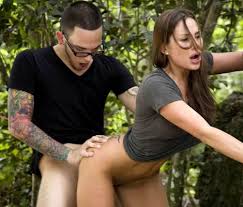 I’d rather have a stand-up up against a door-way or in a park, I think, than go and hide in the toilets.

Anyway, that’s today’s confession of sexual weirdness. I’ve never done anything sexual in a toilet, and I’m pretty sure I never will.

Meta: I’m coming up to another difficult part of the Probation Officer story, and I’m going to take a short break from it.

There’ll be a few one-off posts on random topics before I get back to the main thread.

I was talking to another woman at that party I mentioned. She was the sort of cute lesbian that that they put on television, with an expensive short blonde razor-cut and skinniness worn as a fashion statement.

I’ve forgotten how the subject came up – Veuve Clicquot probably had something to do with it, since there was a lot of it about – but she was telling me about being thrown out of a lesbian nightclub for having sex with some girl she’d just met, in the toilet cubicles. She finished by shouting out the title of this very post, waving one charm-braceletted arm in the air.

She was taking the piss out of herself, but she meant it, too.

I mostly agree with anything a pretty woman says under those circumstances. And some stories about things that women I know – bi girls rather than lesbians, mostly – have got up to in lesbian nightclubs would suggest that the club managers don’t usually get all fussy about fucking in the toilet cubicles.

Maybe the pair who got thrown out were just loud.