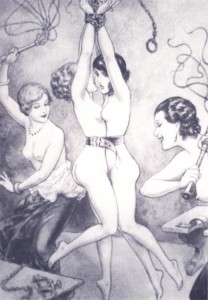 That belt the two girls are wearing: you could patent something like that for when commercial space flights become available. You need a big, wide two-person belt – a little more elastic, obviously – for sex in zero gravity.

I’ve got to get back to work. 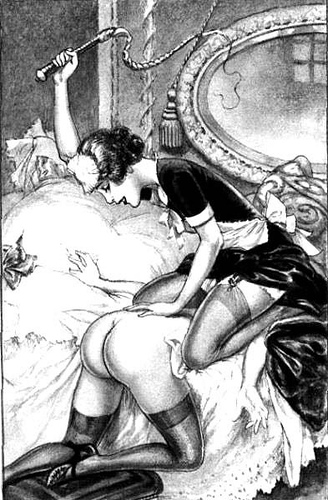 I like the angelic smile on the face of the girl with the whip. And her dinky little hat.

Herric was christened “Darling-Louis-Marie-Aime Haumé”, so he was generously named. He should really have been made to share with the likes of Bono, Sting, Madonna and Maradona, and so on.

As Chéri Hérouard he drew covers for La Vie Parissienne, mainly in the 1920s and 1930s.