I thought about the picture of Minnie Mouse on my toilet wall. Was Sa’afia right? Was Minnie black? 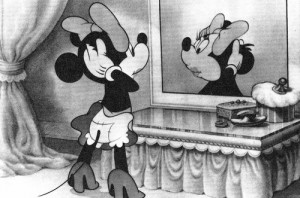 Minnie had a whitish face, but the back of her head and all you could see of her body was black. That wasn’t all that uncommon with racist caricatures, if the black woman was being depicted as attractive.

So Minnie was a black girl. It was odd that I’d never even thought of it before. “Bugger me,” I said.

“Don’t pretend to be an idiot. You knew that.”

Sa’afia, while not angry, was less amused than I was by the thought that I might have a thing for black women. I came back to alertness and lifted my head off the pillow.

I was pretty sure I’d never specialised in women from any racial group, though most of my lovers had been white girls. Most people in the cities and towns where I’d spent most of my life were some kind of white. But all that Sa’afia knew about my sexual history was that I fancied her and her cousin Ana. So, taking La Minnie into account, I might appear to be a sort of racial souvenir-hunter, some coup-counter, making a specialty of black women.

There seemed to be more disreputable reasons than admirable ones for white guys to be chasing black women in particular, and Sa’afia was asking me if one of them was mine. There were racists who assumed that black girls were easier, and there was a reality that they were likely to be poorer and less powerful, so a man who wanted a less independent woman might think that was a good place to look. There were tiresome ideas about black girls as darkly sexual and savage (“black girls just want to ball all night; honey, I aint got the jam”). There were white boys who fetishised black women, or who sought them out because of white guilt or because they wanted to prove that they weren’t racist. Those things were tiresome too, because they weren’t personal. Any black woman would do, for that.

I said, “I had a girlfriend. She called herself Cherry Jones, because she was trying to make it as an actor. She did some revues, and some awful independent theatre, while she was with me. And she’d played Juliet, she’d played Lady MacBeth even, and that woman whose name isn’t Virginia Woolf in the play about people being scared of Virginia Woolf.” 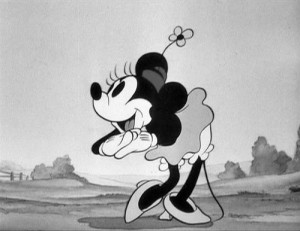 “For fuck’s sake. Yeah, probably. So Cherry went to Europe, and she found that the only gig she could get was Minnie Mouse. At Disneyland Paris. I’ve got a photo of her in the costume. She asked me, ‘So does my bum look big in this stupid fucking plastic prosthetic mouse-arse thing?’”

“So you didn’t go for us Samoan girls because we’re Samoan girls, is what you’re saying.”

“Ana just happened to me. I didn’t put her on my caseload. And then so did you: happened. I mean I met you through Ana, and I’m pleased I met you, any way it happened. But you were sexy at a party. I reckon I’d have gone for you anyway.”