Another time I was talking to a woman on the phone, on the way to meeting her for the first time. She told me she’d heard of a woman who hated male doms and set traps for them.

The dom would turn up at her door, expecting to do his thing, or at least say hello and have a cup of tea, and once he was inside her brothers would come out with baseball bats and beat the shit out of him. It had happened, she claimed, to a dom she knew.

I didn’t feel too uneasy about meeting her, because she sounded sane and funny. Though if were writing a film I’d put that conversation scene in before the dom arrives and gets ritually slaughtered. Good horror movie scenario.

I did make sure that people knew where I was going, and had agreed to call the cops if I hadn’t called back in half an hour to say I was ok. Usually I make it a couple of hours before I check in, but while I really did feel that she was ok, at the same time that made me feel a little spooked.

But it’s interesting how doms think of ourselves as invulnerable (maybe that’s more male doms, come to that), when, well, strictly speaking, we’re not either.

Anyway, safety is a thing for men as well as women, and for doms as well as submissives.

I went to meet a girl – we’ll call her Katey – so we could suss each other out and see if we wanted to do hot things with each other. We’d exchanged a few emails and talked on the phone before we met, but we were strangers, really. But when we met we hit it off, and we decided that right now was a good time to get down to it.

I’d told her I was going to clamp her nipples and give her 100 strokes of my belt, and then fuck her while her ass was hot. It was one of those things you say on the spur of the moment (well, I’d been thinking about it for at least ten minutes before I said it). It went down well so it became the plan. 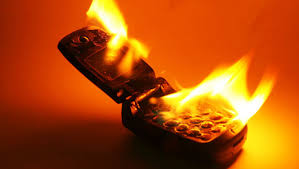 We went to Katey’s place. When she got out of the taxi she took her phone out, switched it off and dropped it in her bag. She dropped the bag on a table by the front door and went through into her her lounge.

Because she wasn’t going to need her phone that night.

She didn’t do this as a gesture; she didn’t even think about it.

It was nice to be trusted, a man she’d spent less than three hours with, who’d displayed enthusiastic interest in causing her pain. But …

Anyway, a couple of days later I told Katey off and spanked her for that. Felt no end of a hypocrite, though.

The point is that we do make quick judgments, based on how we read the voice and body language of the person we’re with. Relaxed, sense of humour, confidence, will all work to build trust, quickly.

But I’d hope that:

(2) they follow the other rules about making sure that someone knows where they are and who they’re with, on that first date, even when they fancy the other person.

Safety doesn’t have to get in lust’s way.

(Hat-yip: This in response to an issue raised in Cava Super-Nova’s excellent and eponymous blog.).