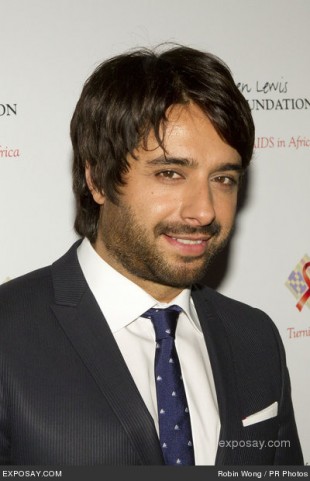 He was a Canadian radio host. Apparently he was good at that. But he just got sacked because a number of women (that number’s 8, right now) made allegations against him of non-consensual violence (face-hitting, choking, and some stuff that sounds kind of rape-y).

Try, for example, Yingtai’s blog, which you should be reading anyway: http://abjectsub.com/jian-ghomeshi-scum-of-the-earth/

Ghomeshi said there were agreed safe words; the women who’ve accused him say there weren’t. That’s not “he said/she said”: that’s multiple reports, so I don’t believe Ghomeshi.

But it opens up a wider issue, which is what a dom should do when a submissive indicates she’s not happy without using a safe word. I’ve been told by submissives about guys calling themselves doms who won’t stop unless she uses the exact agreed word:

Tied submissive: No, I really don’t like this. STOP NOW!

When a dom and sub are new to each other, then things like “stop”, and “please no”, and so on, really are safe words, because a submissive can always forget their “agreed” safe word in the heat of the moment.

If crying out, “please, no! I can’t take it!” was theatre and the sub’s really ok, then the scene can continue.

For me, though, if a submissive wants the fun of screaming and begging me to stop, secure in the knowledge that I won’t stop (unless she uses the real word), I’d rather she let me know that beforehand. Though you can tell a lot by tone of voice anyway.

Later, a dom can be less formally careful, because he or she knows more about the sub’s limits and reactions. If I’m punishing a submissive, for real, in a long-term relationship, I might say that there’s no safeword and I’ll decide when she’s had enough. That’s the rhetoric: the reality is that I watch carefully to make sure she’s okay and handling it.

Tears count as part of “okay”. Panic is not okay. Shutting down is complicated. If it’s because she’s quietly going floaty into subspace that’s fine; if it’s, “the world is terrible and I am not in my body; I’m not here at all”, that’s not fine. Flying (apparently) without safewords is only possible if you know each other, and if the dom is ready to check whenever there’s doubt about the submissive’s state of mind.

When the dom and sub don’t know each other thoroughly they can still have a strong experience, with safewords, and without having to use them.

Ambiguity about safewords is for when the relationship has lasted a while and communication between two adults who know each other well can be more subtle.

Some of the women have said that Ghomeshi started hitting them in the face with a closed fist, and choking them, without consent.

Face-smacking and choking are big on the internet, and I think that’s why Ghomeshi started there. Maybe he imagined it’d be a nice surprise.

I don’t think they’re especially big with submissive women. Some like them, but they’ve come up as a hard limit with a lot of submissives I’ve communicated with. “No cutting or blood, no scat, no hitting my face, no choking.” 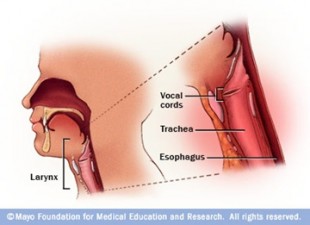 Seriously, this stuff is fragile.

Personally I don’t do throat choking, not even if I’m asked for it. If a submissive said she wanted breath play, I can hold my palm over her mouth and pinch her nose, or push her face into a pillow for a few seconds at a time.

But seizing and squeezing the throat: I’ve been a nurse (psychiatric, but still a nurse), and I simply Will Not Do That.

Face-slapping can be a good way of shocking a submissive and “dropping” her, but a dom has to be confident that the sub knows him/her well, and feels bedrock secure that the dom likes her a lot, and the dom has never been angry with her or disliked her. Because it feels much closer to domestic violence, for a lot of women, than to sexy kinkiness.

There I’m talking about slapping with an open palm; that’s emotionally risky, but you can do it, lightly but still shockingly, without risking physical damage. But punching a woman’s face? That’s physically dangerous. There’s lots of breakable, fragile stuff in the head. I don’t believe that Ghomeshi had consent for it. And for me, I couldn’t do it even if I were asked. Don’t like the risk; don’t like the symbolism, either.

And I’ve never met a submissive who’s said that. I’m pretty sure Jian Ghomeshi hasn’t either.