I’m visiting Cuba. It’s a police state. Seriously. And my phone doesn’t work and I can’t get the internet. There are no newspapers. 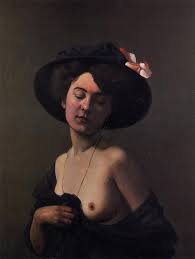 The woman in this Cuban painting isn’t a real policewoman. We know because:
1. She’s not wearing the correct hat.
2. She looks happy.
3. She’s not holding her hands out in the international “bribe me NOW” gesture.

Since there’s nothing much worth stealing, what keeps the cops busy is collecting bribes so people with work to do can go about their business without police harassment.

You’ve probably heard this gag before, but here it’s literally true: you have to fail an exam to get to be a policeman (or a policewoman.)

Either women don’t fail as many exams, or the place somehow failed to stop being a macho culture after the revolution. Because there aren’t so many women  cops, though there are a few.

Look, I like Cuba. It’s beautiful, there’s good music, rum and food. And peop[le. But this aint no socialist paradise. The people are waiting for the government to fall. Hang about, if you will. I’ll be writing this blog again shortly.