So 1 in 20 teachers and children are likely to respond sexually to child-beating in schools: what’s wrong with that?

We managed to get rid of this shit…

That may seem an obvious question, but it’s worth taking it seriously.

As we know from the Irish and Australian Commissions of Inquiry into child abuse in schools and other institutions, in very authoritarian schools the child-beating scenario too often leads to child rape.

Why would a ritual which includes removing some of the child’s clothing and always involves forcing the child to present his or her buttocks submissively lead to rape?

It’s because those teachers and other officials experienced it as sexual: beating the child turned them on, and the “corporal punishment” rules put them in a position of enormous power over the child.

Mostly, the one in 20 teachers who interpret and respond to school “spankings” sexually don’t actually rape the child.

Well, it’s always a compulsory sexual act forced on a child by an adult who is likely to find the scenario arousing, even if they try not to. It’s just not rape if you define rape as involving penetration.

It’s odd that many parents who would be fearful and irate if a gay sports teacher gave their son a back massage seem to take genuine mistreatment of their children with complete calm.

The real problem is that it’s psychologically harmful for children to be forced to discover an important part of their sexuality, when they’re too young to assimilate it, in a non-consensual setting of guilt, pain and fear. 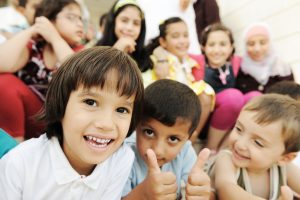 We all believe that children should not have sexual experiences forced on them by an adult. Sex is something they should discover for themselves, in their own time, as they become able to handle it. It’s time to put that belief into practice, and put an end to child-beating.

In the meantime, in the immortal words of Roger Waters, “Hey! Teacher! Leave those kids alone!”

20 thoughts on “Some bdsm-related reasons why hitting children is a bad idea 13: Summing up and concluding”