In one sense the answer is “yes”. 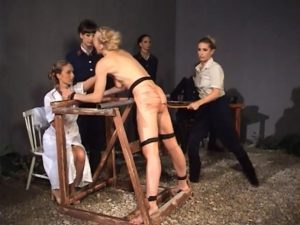 Disciplinary conditions at the Shelbyville Baptist School were strict because … Jesus.

So how many people are we talking about?

In another sense the answer is “probably not, exactly”. 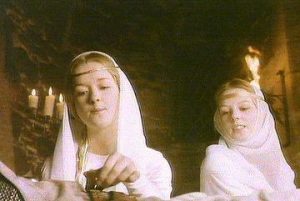 I know a woman who discovered her interest in submission during a screening of, of all things, Monty Python and the Holy Grail. It was the scene where a bunch of Glasgow girls dressed as novices (hah! I’ve been to Glasgow) demand to be spanked.

The woman was surprised to find she thought it was even sexier than it was funny. It stayed with her.

She kept on saying the punch line, “And … after the spanking, the oral sex!” at odd moments for years afterwards. Caught my attention, anyway.

The point is, the trigger event can be something that other people don’t see as sexual at all.

1 thought on “Some bdsm-related reasons why hitting children is a bad idea 11:”