Today’s post was planned to be about why so-called “corporal punishment” is unethical. But I’ve decided to leave that argument till later.

You can think this looks like they’re having sexy  fun…

This post is about sex fantasy and reality, and how they do and don’t overlap.

I’m writing this series on child-beating in schools and in the home, and at the same time I’m writing a “bad headmaster/naughty schoolgirl” sex scenario. I’m doing it for my lover and for Wicked Wednesday.

I considered having these two series a little further apart, but I decided they complement each other. Because “it’s a sexy scenario” is relevant to both series.

The actions and the symbolic interaction between an adult and a child or young person have some very powerful sexual messages and signals for both parties.That’s unavoidably true, and it’s a key reason why beating of children and young people, at school or in the home, should not be accepted or legal.

So “it’s sexy” is a good reason for having and enjoying the scenario as fantasy or play for consenting adults, and it’s a key reason why so-called “corporal punishment” should never, ever happen with real, non-consenting children or young people.

I made a few concessions, but even so I’m finding it quite hard to write. There’s a reason schoolgirl spanking stories are usually told from the POV of the schoolgirl. She’s an innocent, and she’s being swept along, having a sexy time. That’s easy.

But when you imagine and write the headmaster POV, you have to acknowledge just how dark that POV has to be, for him to do what he does.

The concessions I made include that my heroine, Jennifer Perch, is over the age of consent, and she does lust after Mr Beecham, the headmaster. That wouldn’t help the headmaster in a prosecution, and nor should it, but it makes  him more tolerable as a story character. There’s some mutuality going on.

As well, the headmaster has moments where he reveals that he doesn’t just desire Jennifer, he also wants to do what’s best for her. Though his ideas of “what’s best” wouldn’t stand up in a courthouse, either, and nor should they. 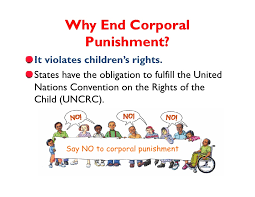 And still support outlawing child or young person beating in schools and at home.

Still, as a passionate opponent of beating children and young people, so-called “corporal punishment”, in schools and in the family, I don’t have a problem with making the forbidden and dark aspects of the fantasy sexy.

The uniform, the authoritarian aspects of it, the shifting balance of power and meaning all help to make the fantasy sexy. And little pleated skirts are sexy. Period.

It’ll still be a sexy scenario when all assaults on children and young people are outlawed.

Similarly, I doubt if there are many French maids called “Fifi” left in the real world, who get spanked and inevitably fucked because they broke their employer’s best vase and tried to hide it. If you have a maid, and she happens to be French, and if you lay a hand on her because she broke something, you’d make a court appearance and the front pages. But the French maid game, ooh la la, donne-moi une fessée, s’il te plait, M’sieur, will always be sexy even as reality drifts farther and farther away from it.

So, “it’s sexy” is true. It’s hot in sex play and in fantasy and that fact is damn confronting to people who argue against the abolition of so-called “corporal punishment”. Their discomfort is telling, and it’s well-earned.

Jennifer’s pleats and pleas is, among other things, a pair of fingers waved in their general direction.