“Earlier this morning. Curnow and two others. At her workplace, towards the end of her shift. They said they were all going to quote fuck her unquote.”

Maynard pulled a disgusted face. “Hell. Were there any witnesses?”

Maynard’s disgust had little to do with sympathy for Ana. It was mostly at the stupidity of his officers. I felt a surge of rage, high in my chest. But anger is cheap, an emotion people wallow in to convince themselves of their own virtue. I fought it down. “Ms Matatuma would be extremely impressive in a courtroom. Of course, there’d be a media storm. She’d be effective there too.”

Jock said, “Really you need to fix this quickly. So that it’s a story about the city finding and fixing a problem, not the city trying to stonewall.”

“Jock, don’t try to teach me media skills. Jackass, you dodged my question about witnesses. For that rape allegation. So you’ve got none, have you?”

“Ana’s the witness. Three cops will deny it, but they’re demonstrably guilty of fraud. So Ana’s got very strong credibility and they got none. I believe her. A jury will too, if it comes to that. So would the Times.” I meant the LA Times.

“Huh.” Maynard leaned forward and tapped the desk in front of him with his forefinger. 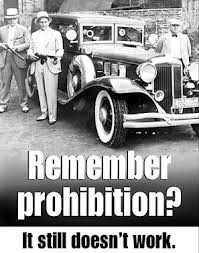 So did Jock. “Your officers must have gone to Ana’s place in the early afternoon, after they’d collected the baggie they brought to her place. What time did they come back to the precinct?”

“Yeah, I heard the question when your boy asked it. Curnow led the search, and he did have two other officers with him. Damn fools.” Maynard closed his eyes. “And they came back with the baggie at two-thirty.”

I nodded but said nothing.

The timing eliminated any possibility that the bag had been in the room at any time when Ana was there. It removed any ambiguity over whether she’d ever touched the dope or known it was there. It also meant that Curnow had acted faster than I’d expected. We’d been ahead of him, but we’d cut it fine.

Jock made a volcanic rumbling in his throat. “Greg, I’ve got some staff issues.” His look at me wasn’t friendly. “But it seems you’ve got worse ones. In the meantime, though, it seems as though you might rescind that arrest warrant for our client.”