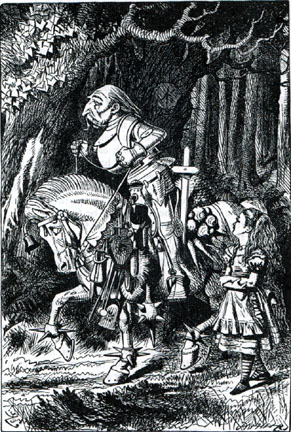 The expression is “white knight”. But Maynard could imagine a colleague reporting it as a racist expression (which it is), and he was too mindful of his career to allow that.

Maynard sighed. “Hell, Jock. I’ve got a problem with my officers. I’m probably going to have to fire at least one bright boy. But this is exactly what I was talking about. Your boy here seems to think he’s a defence lawyer, not a probation officer. He’s free-lancing. He’s got no business doing all this knight in shining armour crap. You teach him his job and what its limits are, or fire him.”

I said, “I’m prepared to defend my actions in private, in front of any inquiry, or publicly.” I had to clear my throat before I could say that, and I still sounded prissy.

“Yeah, you think you can make yourself look good in the media, if we let you.”

“You’d be yapping about a conspiracy to pervert the course of justice.”

“Actually, you might not go over as well as you think. I’d be careful about going that route.”

“The media might not like me. But I know what they definitely won’t like. There’s been an attempt to frame one of my clients. By officers who had previously threatened to rape that client.”

“My officers what? What the hell?”