Maynard reached for his desk phone. “Yeah. Excuse me.” He gave his instructions as though bored, tapping his fingers and staring at the ceiling. When he’d finished cancelling the warrant he said he wanted to see Curnow, Trabizon and Chang in an hour’s time.

It was the first time I heard the names of the two cops who’d been with Curnow. Trabizon and Chang. They must have been new. They’d fallen into bad company. Maynard looked at me when he’d hung up. “You happy now, what’s your name, Mortimer?”

“I’m sorry this has happened. But they threatened my client.”

“Come on, Greg. We can stop fencing now. For fuck’s sake. Jaime, how about you stop with the games too, yeah? Just tell us what you know about this.”

“Okay. I can’t prove most of what I’m about to say. But I know that my sources aren’t lying. I’m confident it’s basically true, but I’ve got no evidence.”

Jock snorted. “Get on with it.”

“So, the reason Curnow is after Ana, one way and another, is that Ana’s father is a drug importer. His name’s Apirana Sitiveni Matutumua. Though he’s got lots of names. People in LA mostly know him as Happy Steve. He was born in Samoa but he was living here. He’s got dual US-Samoan citizenship.” 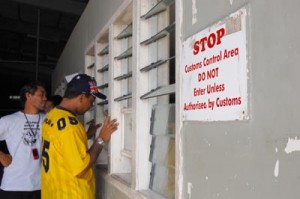 “He mostly ships coke, opiates and synthetics through Tonga. Because corruption. There’s all sorts of stuff going past Tongan Customs officials and on to California, while they take the money and look the other way.”

“‘Watch the wall, my darling, while the Gentlemen go by,'” said Maynard, unexpectedly. “I know about Tonga. Go on.”

“Okay. Ana’s dad was paying money and supplying dope to various cops. Curnow was one of them. I don’t know whether he was dealing or using himself. But he was on the take.”

“And you can’t prove that.”

“No. I’ve been told it by people in the Samoan community. Whose names I can’t give you. But you could prove it, if you put the resources in.”

“Not your business, Jackass.”