I’ve said Ana had power. Basically, that was a stupid thing to say. The only powers she had derived from me. From my politics, such as they were, and my cock.

My determination never to use the institutional powers I had over her was something I applied to all my clients, and not just her. I never terminated anyone’s probation. I’d chase them if they didn’t show up to appointments, and try to convince them that probation was actually useful. It wasn’t a way to get respect, but I never felt that my preference for being respected was all that important.

Still, she only had the choice of turning up or not, of talking to me or not, because I allowed it. If I had different politics, Ana’s experience of probation would have been much more like being in jail. So her freedom from the most restrictive forms of probation wasn’t really freedom. It was subject to my opinions. At least it wasn’t arbitrary, but it was patronage. 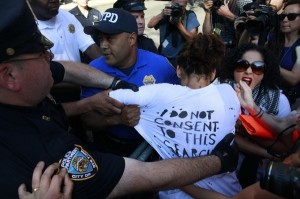 Similarly, I’d taught her to be less vulnerable to police harassment. I could only do that because I could move safely among police officers, and knew the things that they were drawn towards and the things that frustrated them. She got that small piece of knowledge and power from me. Still, at least I couldn’t take it back. She had that knowledge for good, and she’d seen that it worked.

The other power was that she was beautiful, and that I was in unwilling lust with her. But that wasn’t something she’d asked for, particularly. It didn’t do her much practical good. Perhaps, after my adolescent, tumescent stupidity in that van, I’d taken extra care to be actually useful. Over-compensation can have its uses.

But still, and still, we can be complicated.