The probation officer was white, educated, professional and, though he’d never mentioned it, he had the power to end her probation. Terminating her probation would automatically put her in jail. In that state, it wouldn’t even have to go in front of a judge. 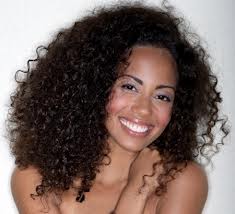 The girl was brown, she hadn’t finished school and she didn’t have a job, and she couldn’t put him in jail. But she could make him feel like an ugly boy, tongue-tied and scruffy, with a look. She was becoming more conscious of her beauty, and her power.

There are things that men do, when power has swung that way, to reclaim it. Some men try to be charming and seductive so that they are wanted in return. Some men turn mean.

The probation officer didn’t have those options. The girl was his client and he was supposed to be a professional. Even if he felt his professionalism had all the tensile strength, just then, of a moth-eaten hotel bathrobe. At least he’d made it clear that he wasn’t going to fuck her even if she wanted him to. He’d hoped that meant that sex was out of the way, now.

Of course he could never be right about that. He was a young, sexually active man, and only a few years older than the girl. He wasn’t undesirable. And he’d made it clear that he was safe.

He’d given her several projects, things to do about employment and education. She worked on those projects, but she added another one. She set about the sexual torture of her probation officer.