But the demure look was a one-off. After that she would arrive at the probation office wearing shorts or little skirts with holes and rips and frayed patches, Hems flapped ineffectually about her upper thighs. Her tops showed off her tummy, and the upper, or sometimes the lower, slopes of her breasts.

The probation officer did not believe that men had any right to tell women what to wear. Unless the woman wanted the man to choose her clothes for her. He hadn’t experienced having that kind of power, yet. But he had a different kind of power over her, non-consensual with the backing of the state, and he firmly believed that that kind of power should not be used to tell women how to dress. In any case, she looked both sexy and beautiful, and why shouldn’t she? If he had trouble concentrating because his client was a sexy girl, that was his problem.

The girl listened when he talked, and when he asked her questions she tried to answer relevantly and informatively. She enrolled in courses to finish her schooling, which he used to convince the judge not to jail her over the shoplifting charge.

And the next time the cops had tried to harass her she’d applied his instructions: stood her ground and not run, told them the information they were legally entitled to, and then said the conversation was over. So she was no fun, from a police point of view, and after a few repeats the cops gave up and left her alone. 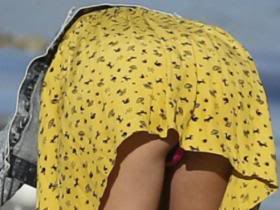 I think you dropped your pen. No, don’t get up …

Though all this was happening there was another current in that office. Sometimes she crossed her legs, very slowly. Sometimes she let her knees loll apart, giving him a calculatedly negligent vistas of golden-brown inner thigh. She’d look up and find him pink-faced, staring at a spot just above her hair.

Or she would wear a loosely buttoned blouse, and find a reason to turn, giving him a small, perfect brown breast firmly held in a white bra to think about. She dropped things on the floor and searched for them, slowly.