So after leaving the Ana story for nearly forty posts, while I told the Svitlana story, and a few other distractions, we’re back in a probation office. In that office is a man in his early twenties, and his client, an 18 year old girl.

He fancies that girl. She knows it. It’s obvious because he still gets tongue-tied in her presence in ways that a probation officer shouldn’t be, and girls – even very beautiful girls who haven’t yet realised just how powerful they are – can read that. 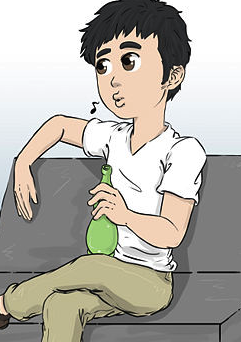 But even if she’d missed that, she could hardly have missed the time he’d pulled over when he was driving her home after collecting her from the police holding cells. He’d meant to talk to her angrily, to break through her indifference about her growing, if petty, criminal record. He hadn’t meant to get the erection that, in the close quarters of a Bedford van, she could hardly fail to notice.

But though he’d been ready to resign and go do some job he wasn’t an idiot at, she’d started taking him seriously after that. She decided he was a human being. And she was intrigued by the fact that he so obviously wanted her, and yet was determined to do nothing about it.

The first time she came to see him after the Van Erection Incident, she’d been demure, and listened to him with great, slightly disconcerting respect. He suspected her parents had had something to do with that.