I was home. I’d written a long email to Sa’afia. She was married now. She’d sent me photos of the wedding. She looked beautiful, of course. There’d been a lot of absurdly handsome men and pretty women with parasols, wooden verandahs painted white, intensely green greenery, and tropical flowers. It looked like a good party.

I’d complimented her on her dress, and made a show of saying something nice about Paul, and then turned to safer subjects. There was something oddly haphazard about the way the houses were spaced, for example. Was that because they were built on communal land?

That gave Sa’afia something to write about, and so we talked. I wanted to ask her if she missed me, if she loved me, and if she wanted to come back, and I wanted to tell her I wanted her. If she said she wanted me, then I’d do what it took to have us together again. That was all I wanted to say, and I couldn’t say it. If she felt anything similar she couldn’t say it either.

So writing the emails hurt, at least at my end, and they said nothing of the things that mattered. I got back emails that didn’t tell me how she was. But they were all I could expect. 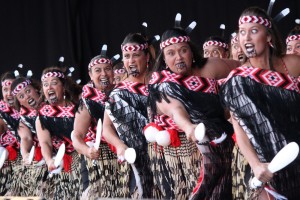 I put on Crowded House’s Together Alone, just the last, title track, with the Samoan log drummers and the Te Waka Huia Choir. The end, where the Samoan drummers and the Maori singers take over the track, still makes my hair lift at the back of my neck. Then I played it again, and swallowed a tumbler of whiskey.

Then I played it again, and poured more whiskey. But I wasn’t sure that I even wanted to get drunk, so I put the tumbler down again.

I was tempted to throw the tumblr at the wall. But the gesture only lasts a second, and then I’d have to face the fact that I liked the tumblr, I hated cleaning whiskey – or anything liquid – off rough surfaces, not to mention pulling tiny glass splinters out of my feet.

Then I said, “Ah, the fuck.” It was after ten. And someone had just knocked at my door.