I wouldn’t have surprised if it had been a neighbour come to complain about the Samoan log drums. Still, as I’ve mentioned, they’re deaf.

There’s a moment in the Georg Solti recording of Siegfried where Siegfried strides through a wall of flames, and the Vienna Philharmonic is making a huge and wonderful racket about it, and you can still hear the Vienna Sophiensaal cat wandering amongst John Culshaw’s microphones and demanding to be fed. I’m wasting your time by mentioning this, I know, but my point is that the neighbours have stood for, or sat quietly knitting through, anything by way of noise.

Alternatively it could be someone popping round on the off-chance of having sex with the host. That happened often enough for me to consider the possibility. I hoped it’d be Jane Siberry, who I should have been chasing harder, and I feared it’d be Ana. I didn’t want to talk to Ana.

So I opened the door. It was Greg Curnow. He’d never been to my place before, but he was still a cop, even he was in the process of getting fired. Of course he’d know how to find me.

His shirt was free of his pants. But not his belly. Unfortunately, he was the fit kind of crooked cop. By way of greeting he said, “Cunt.” 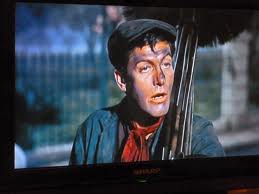 He swayed a bit, but even drunk he could still take me. But once a second had passed I relaxed a little. He’d been trained, and he knew that his best chance for inflicting total damage on me, without my getting in any retaliation before I starting bleeding onto my carpet, was immediately the door opened. It hadn’t already happened, so it wasn’t his intention. I said, “‘Allo, cock”, in my best Dick van Dyke cockney.

He looked at me, puzzled. I shrugged. “Yeah, it’s funnier if you’ve seen Mary Poppins.”

He didn’t want to hear about Mary Poppins. I said, “I’ve got whisky. Want one?”