By now I had more clients. There was Merick, who’d defrauded the company he worked with for a little over ten thousand dollars, which he’d blown on gambling. He was lucky, in a way, that he’d only worked for a kitchen products business. If he’d been able to get his hands on millions he’d have given it all to the on-line gaming companies just as surely and just as fast.

There was Tyree, who’d shot his father, non-fatally. I hadn’t talked to him yet.

There was Mo, who’d broken into a drug store in the early hours of the morning. He was so small he could fit between two of the roof panels, which hardly had to bend to admit him. He was so stupid that he didn’t know about movement sensors. He was so luckless that he found five dollars and seventy cents in the manager’s drawer, but didn’t find the safe. Not that he’d have been able to move it or open it. And so thoughtless that he’d stolen the manager’s half bottle of Irish whisky. If he’d left that alone, the manager probably wouldn’t have bothered to press charges. I could keep Mo out of jail, I expected. There was a girl who liked him, inexplicably enough, and he liked to be told what to do. 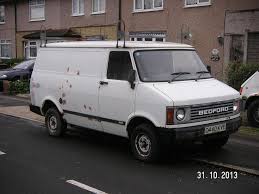 There was Effa, who turned tricks and wasn’t in trouble until she’d got her fourteen year old sister to work for her. Now she was in major trouble. At the time I still didn’t know just how much. I’d had one interview with her, and she’d spent a lot of it hitting her own head. That was alarming, but she was on worse trouble than that. Well, I’d find out. Someone put a bullet through the side of the Bedford, while I was driving it, because of Effa’s trouble.

But that happened much later.

I’d slowly built up a client list of thirty-five, so I was now as overworked as everybody else. There was no way I could see my clients once a week, or even once a fortnight, once I’d handled the ones who needed intensive help.

I arranged them into piles. At last I held Ana’s file, and weighed it in my hand. It was a thick, heavy file, but it hadn’t put on much weight lately. She’d stopped generating paperwork. If I put her onto monthly reporting, I’d only see her twice more before her probation was up.

I sat there with the file, feeling angry at Ana, and myself, and Sa’afia and, obscurely, at Minnie Mouse. “Fuck,” I said at last, “Minnie Mouse and Daisy Duck.” Ana’s file landed on the monthly pile, span and came to rest.