At the restaurant we’d been at, before I took the two of them home and put Ana on the couch, Ana had taken over ordering the drinks. And she’d got me a ludicrous selection of boat drinks with straws and umbrellas. All of them used pineapple juice as the base.

I’d had a woman stay with me once, who’d started an affair with the biker next door. Sge was pregnant with another man’s child, so she kept her biker happy and interested with two blow jobs a day. She’d bustle around our kitchen in the morning, so she could arrive next door with his breakfast. She told me she always brought him a glass of pineapple juice in the morning (did I want to know this? I certainly hadn’t asked), and chai with lots of cinnamon in the evening, so that his come tasted sweet. 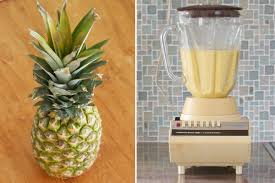 It had sounded to me like a Marie Claire Sex Tip for Girls, and not without a generous quota of bullshit. But maybe Ana had read the same article. Maybe, for that matter, it was true, at least for girls who like pineapple-flavoured come.

But it didn’t matter whether pineapple-based cocktails would really make my come taste better.

I’d seen Ana order those drinks as though she was doing something mischievous, and a certain amount of bright-eyed giggly whispering between her and Sa’afia. So maybe there’d been a girlish conspiracy. Ana wanted to reward me by sucking me off, and she talked Sa’afia into helping to make it happen. If Sa’afia hadn’t helped then it couldn’t have happened.

But if Sa’afia’d been part of the conspiracy, then why was she so angry with me afterwards?