Ana called me in the afternoon. She told me she’d been fired from Chicken Licken, because her boss hadn’t liked his employee getting threatened by cops outside his kitchen. She’d explained that those were corrupt cops, and she hadn’t been charged with anything, while the cop who’d harassed her was likely to get fired. But the branch manager still fired her. She’d brought cops and dishonor down on the good name of Chicken Licken.

“What should I do? Can I get the bastard?”

“You could force him to take them back. Maybe. Jane, you know, Law Centre Jane, she could take it on.”

“Would I get my pay while I was off work?”

“I don;t know. You’re a casual worker. Government’s gone to a lot of effort to make sure you don’t have much in the way of rights. You really want to know what I think?”

“I think the odds are stacked against you. Even if you won, you’d waste so much time and mental energy with it, with the case and everything, that … It wouldn’t be worth it if you won. And you’ve got a bit less than one chance in two of winning. Ask Jane, but that’s my estimate.”

“That’s what I thought. But it’s so not fair. They’ve got no reason to fire me.”

“True. But another thing that’s true is, you always hated that place anyway. Why don’t you get a better job?”

“I can’t do anything else! I’ve got no skills.”

“You’re doing all right at school. You can manage a till.”

She made a dubious noise.

“Of course you can manage a till. Anyway, if you don’t know how, I can get someone to teach you. You can at least get a shop assistant job. Or … I don’t know. But come in on Friday, and we’ll go through the jobs in the paper together. I’ll get you a resume. And I’ll happily tell anyone they should hire you.”

“Though probation officers aren’t necessarily a good look, as references go. So you think of two or three other people who’ll say good things about you. Then you show up to an interview looking all bright and sassy, and you’ll do fine. The pay’ll be better and you won’t have to breathe in chicken fat all the time.”

“You bet. Come in at …” I checked my appointments. “Eleven.”

“I’ll take you for lunch, afterwards.”

“No, you won’t. You can’t afford to spend your money until you’ve got another job. But I’ll take you out to lunch.” 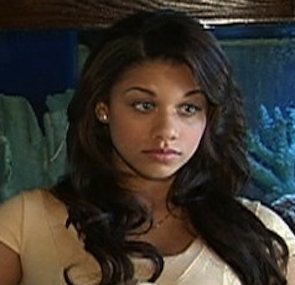 “You know, Jaime? I’m being serious this time. I think I’m in love with you. I love you.”

“Girl, you’re dangerous. No more of this, okay?”

“Aue.” I could imagine her face when she said that, half sad and half teasing. “All right. I’ll see you on Friday at eleven?”

I hung up, though she had more to say. I scowled, annoyed with myself. I’d lost that round when I’d said she was dangerous. That told her what she wanted to know.