I was at home. Sa’afia hadn’t called me all day. That wasn’t like her.

I missed her. And, because I’m a shallow man, I’d thought she’d be all warm and affectionate and loving and sexy, because I’d got her cousin out of some major trouble, and … Well, I was expecting her to be telling me how clever and brave and good I was, and demanding to fuck me till I ran out of puff. N’ stuff. It wasn’t compulsory for her to say that, and even then I had an inkling that my infinite taste for being praised wasn’t entirely adult. But I heard nothing from her at all, and that lasted long enough to move from being disappointing to being actively strange. 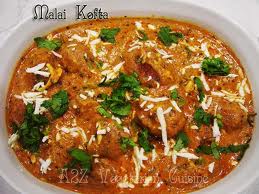 So I called her and invited her over, with a guarantee to cook her something Indian, probably malai kofta and rice and parathas. I wasn’t really expecting her to accept, because her mother was home. But I’d hoped it’d be a cheerful conversation-starter.

It fell flat. She said she had to look after her mom, and she let her end of the conversation die.

I tried a couple of other openers, like what she thought might be a good job for Ana to go for, and if she wanted to see the new Star Trek film, a topic we’d touched on before, and that allowed us to be pretty damn hilarious about Bill Shatner’s awesome toupee.

Those fell flat too. She seemed distracted.

She said she was fine, in the voice that means she is far from okay.

“Well, have I massively pissed you off, and if so, one, I’m sorry, and two, is there anything I can do to unfuck up whatever it is that I’ve fucked up?”

“What? No, you’re fine; you haven’t done anything wrong.” This was in the tone that said I’d done something terribly wrong, and that only an oaf would fail to know, or pretend not to know, what it was.

I tried one more starter – “So you’re missing out on amazing malai kofta; what are you having for dinner?” – and when that fell flat I felt the need to get off the phone, about as urgently as she wanted this conversation to end. So I said, “Okay! Talk to you soon!”

And I hung up. So I was out of her misery, or she’d put me out of mine. I stared at my phone. I wanted to call her back, but I knew a second conversation, just then, wouldn’t go any better.

What, I wondered, the fuck was going on?