“I’m not withholding anything.”

“Except a couple of your sources. We can talk about that later. But all right. That’s enough jerking round. Let’s make a deal.”

So that was that. The deal we reached was that Maynard would suspend Curnow and the other two officers, with pay, once we’d left. Tomorrow morning, I’d take Maynard and Jock to meet Ana, at the Community Law Centre. Jane Siebel would be there. 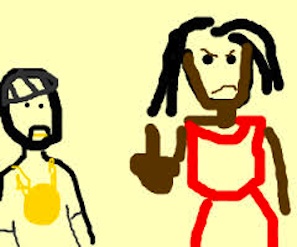 Ana would be watching Curnow’s future career with interest.

If Maynard decided Ana was a credible witness, and she was prepared to give evidence against Curnow, also Trebizon and Chang, then he’d move Curnow to suspension without pay, and start the process of firing him.

He thought Trebizon and Chang would probably be dropped back to the starting pay grade and required to re-train. They’d been assholes – Maynard said – but he thought they could possibly learn from it.

I’d thought they should probably be fired. Rape threats aren’t a “learning experience”. But I took a nudge from Jock on that point, and let the deal go down.

Maynard would also review the charges that Ana had incurred through Curnow following her round: most of her obscene language and resisting arrest convictions. The police might apply to have those removed from her record. Maybe.

Dwane James was still going back to jail. We’d run over time, so Jock got up to leave once we’d agreed that the police didn’t have any quarrel with any advice I’d given James.

Maynard didn’t get up. When we were at the door, Jock putting his coat on, he said, “I’ll see you tomorrow. With this Ana. And Jane Siebel. I can’t wait.”