“Well, I’m not telling you what to do. I’m just telling you what I know. Okay? Now, no-one’s seen Happy Steve in the last six months. From what I’ve heard it sounds like he’s got sick, and he’s expecting to die. It sounds like it might be liver failure, maybe kidneys. He’s probably back in the village where he grew up. In Samoa. I’m guessing that bit. I don’t know where he is. But he’s gone. The point is that Curnow thinks Steve ran out on him, owing him money. About twenty, maybe thirty, thousand bucks.”

“So he puts pressure on the bastard’s daughter, hoping that’ll bring him back. Or get him to send some money so Curnow gets off her case. Yeah, that makes sense. It’s a story, anyway. So your client, Ana, what does she say about this?” 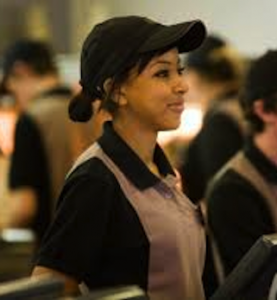 “Nothing. Not a thing. She’s not involved, I’m sure of that. She wouldn’t be scraping chicken fryers for a living if she had any money. I’m told that Steve never involved any of his children in his business. That was probably wise in Ana’s case; she’d be a lousy crim. She isn’t what you’d call discrete.”

“She knows her dad’s a criminal, but she doesn’t know any details.”

“I know it because she’s been my client for most of a year, so I know. I’ve tried to get her to talk about why Curnow”s been gunning for her, but she wants to be loyal to her family. So she’ll always make herself look suspicious by refusing to talk. But she actually doesn’t know anything anyway.”

“So you say. And let’s say you’re right. But if we’re looking at Curnow, we’ll be looking at her too. She’d better come out clean.”

“So. You got any more surprises?”