I said, “Yeah, I hoped that’d be more discrete. But it means I just got an email. It should be a copy of an email that’s just been sent to you, to some people at Kempff, Hsang and Cowper. And Ms Matatumua’s probation officer. So you’ve probably got email too.”

Maynard was already looking at his pad. I checked my own phone while he was ignoring me. It was from Jane, her reply to the one-character text I’d sent her. Her note said the attached picture was taken at Ana’s street address. The attached picture showed the dusty space under Ana’s loose floorboard. That was picture 4 of the shots Jane had taken of the various potential drug hidingplaces in Ana’s room. 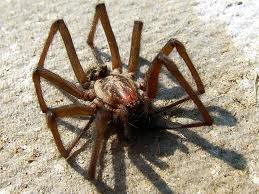 Her photo showed dust, a dead spider, and a watermark that said the photo had been taken at 11.13 today. What was not there, in loud and ambiguous fashion, was the ziplock plastic bag full of white powder that Greg Curnow had photographed later the same day.

Maynard looked at Jane’s pic. Then he said, “I see.”

The comment came about five seconds after he’d opened his email. I’d had better ammunition than him, for this meeting, but Jock was right to say he was no fool.