While Jock skimmed the charge sheet I pulled out my phone. It’s not a good thing to do at a meeting with someone more powerful than you are, but I had little choice. I’d already set the message up, in the sense that the phone would open with a text set up and ready to go.  But I had to key in a number, which would be the text’s sole content. If it’d been an older phone I’d have been able to send the message from under the desk, by feeling for the keypad. The trouble with touch screens is that you have to squint at them for a couple of seconds. I pressed 4, and then Send.

It was a demonstration of how people did not behave in front of Maynard. His astonishment meant I’d finished before he exploded. I said, “Sorry, that was rude.”

“Give me that phone!”

He knew that he had no right to see it unless he had a warrant. He should have appealed to Jock, who did have some authority over me. But he was angry.

I needed to change the subject, quickly. I said, “Your officers won’t have found Ms Matatumua, though. Will they? But I know where she is.”

Maynard shook his head. “You are digging yourself one hell of a  hole. Jackass.”

At the same moment Jock said, “Thought you might.” He looked at me, and held the look for a second, letting me see the effort he was making to hold himself back. Firing me on the spot would be legally complicated, but suspending me would not. He was in no mellow mood. Still, though he wasn’t radiating warmth, he was at least giving me more time to keep running this.

Maynard wasn’t radiating warmth either. “Mortimer, you’re saying she’s hiding from police and you know where. You’re helping to harbour a fugitive from justice? Aiding and abetting isn’t exactly in your job description, is it?”

Jock said, “Nah, we’ll stop that here, Greg. My officer volunteered that he knows where Ms Matatumua is, in – what? – five seconds? – after you tell us there’s a warrant out. First time you mentioned it. If you try to make a problem out of that, Greg, then… Well.”

“All right.” Maynard turned his attention to me. “Jackass. Okay, let’s you and me prove that you’re not harbouring a fugitive. That suit you? So: where is …” His mouth worked for a second. “Ana?” 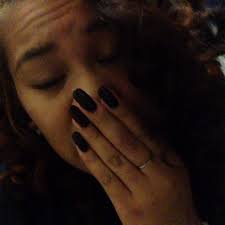 “She’s now represented by Jane Siebel.” Maynard let his annoyance show on his face for a second, before he reverted to blank. “But she’s not at the Community Law Centre. She’s in the offices of Kempff, Hsang and Cowper.” This was the firm where Sa’afia worked, where Ana was sitting, phoneless and presumably bored, in the tea room.

Kempff, Hsang and Cowper, all mahogany and mirrored glass, were a much more formidable proposition than the Community Law Centre.

Maynard could imagine ordering his officers to forcibly enter the Community Law Centre to carry out an arrest, but breaching the monied sanctuary of  the Kempff, Hsang and Cowper building was unthinkable.

My phone vibrated in my pocket. Jock didn’t notice but Maynard had good hearing. He looked at me.