Jock sighed. He had no reason to trust me, and he was going to shut me up soon, unless I pulled something worthwhile out of this.

But I’d succeeded in making Maynard angry. He said, “I know her damn name, you little jackass. I’ve just written it on a charge sheet. We’re charging your client with drug possession, at least, and trafficking. It’s a traffickable amount. She’ll be going where you won’t be playing the white knight for her.”

He ignored me. “And that’s your fault. If you’d been doing your job you’d have been keeping her away from drugs, not telling her to treat my officers with contempt. You’ve got your client Dwane into jail. And if you think we’re going to go easy on Lance Holder you’re insane. That’s two for two. And now Laga’aia.”

“It’s La’asaga. Really, you should just call her Ana.” 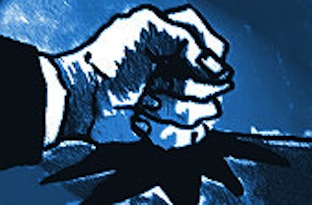 “Don’t waste my fucking time! You’re a disgrace to the probation service. You’re the most irresponsible officer I’ve ever known.”

“Can I see the charge sheet?”

Maynard smiled. “I don’t think you’ll ever have access to police or probation records after today.”

Jock shook his head. He was thinking Maynard was right. I said, “But today…”

“This should be the last official document you see. Kind of appropriate…” He passed a piece of paper to Jock. “There’s also a warrant for her arrest, of course.”