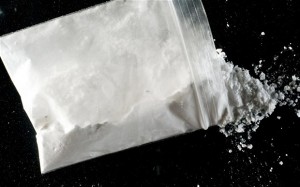 The white powder was probably amphetamine or coke, padded out with talcum powder, local anaesthetics, animal tranquilizer and such. At that time the quantity, with an attractive see-through zip-lock sandwich bag thrown in, would set a street buyer back about $500.

Someone who wasn’t rich would probably divide it into smaller bags, to sell and fund the purchase of another bag.

But I’d seen that dusty space just three hours ago, in the company of Jane Siebel and Sa’afia. It was under the loose floorboard in Ana’s room. A curled-up spider at one end of the gap, long dead and desiccated, confirmed it. Dust and boards weren’t so distinctive, but I’d seen that little corpse before.

I looked at Maynard. He was watching me. I tried to keep my face straight, giving nothing away. My heart was loud and hard, maybe double speed. His natural bent would be to be cagey, because he was like me. But I needed to make him say that the drugs were Ana’s, and that the police had taken steps to charge her. If he said that in front of Jock, then Jock was a witness, no matter how pissed off he’d be with me.

Maynard would be linked to Curnow’s attempt to pervert the course of justice. He wasn’t party to that conspiracy but it’d make him look a fool, and that wasn’t good for his career. That would make him angrier at Curnow, and the other officers involved, than he was at me. But right now I needed him angry at me. So I breathed out through my nose, like a sort of aural shrug. “You found a baggie at Dwane’s? You think I’ve been advising him that, oh, drugs are good? He should keep them at home?”

Maynard smiled, thin and tight. “This isn’t Dwane’s. This was found, this afternoon, in the room of Tiana…” Maynard paused, irritated. Not being to pronounce Ana’s name was unprofessional.

I didn’t let him try, in case he succeeded. I said, “Tiana Matatumua Vainu’upo La’asaga. Most white people call her Ana.”