A uniformed cop showed us through to the office of the Police Commissioner, who Jock had been calling the Chief. There was faint derision there. 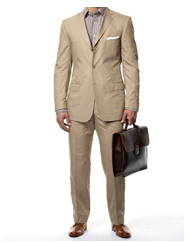 The Chief – I’m afraid I’m following Jock’s derisive view  – was Greg Maynard, a trim man with tan spectacles, a greenish tan suit, and neat sandy hair. He was waiting in his office, alone. He was confidant he could handle Jock, as the head of a service with less statutory power, a lower profile and smaller budget. Since I was a junior employee, he wasn’t counting me at all.

Jock shook Maynard’s hand and asked after his wife and health, and Maynard made non-answers and asked back.

Then Jock introduced me. I got a handshake but no questions. I repeated my name, and his. We looked at each other then, and though he was about twenty-five years older than I was, we knew and loathed each other in a second.

He was more like me than like Jock. He was a public servant, and he only happened to be working for the police. He could as easily be working for the City’s Finance department, cutting the police budget as ruthlessly as he currently defended it. He was tied to long term goals that had nothing to do with traditions or institutions. We had different goals, but we knew that we were somewhat alike. We smiled at each other like people switching a torch on and off to test it, and then he turned his attention to Jock.

Jock went through his spiel about cooperation between the police and probation services, the long relationship, and so on. I listened to it because I hadn’t heard it delivered in this setting before. Maynard wasn’t listening, and in most senses nor was Jock.

Then Jock looked at me. “The thing we want to resolve at the moment, as you’ll be aware, is the incident involving Lance Holder and some farm worker he thumped, because that farm worker was trying to lock him in a barn. You’ve charged Holder with assault. Under the circumstances, all of the circumstances, we’d like to suggest that that might be unhelpful, not just to Holder, of course, but also to the City of LA. My young colleague here -”

Maynard waved his right hand at Jock like the tail of a fish. “Just a second. I’m happy to talk about Holder, but there have been a couple of other incidents, even more recent, involving your young colleague‘s caseload. I think perhaps we could clear up some things there first. The City of LA might find that helpful. Mr – Mortimer is it? – last week we picked up one of your clients, a Dwane James.”

I said, “Yeah. That was a serious assault. I don’t think there’s going to any disagreement between the police and us over Dwane”

“Well, when we picked him up, he was quite belligerent. He said my officers had no right to detain him. He said he knew this because his probation officer had told him so. He assaulted one of my officers, based on his probation officer’s advice. Your advice. He’ll be charged with that too. Do you think it’s your job to give advice like that? Do you think that’s helpful to the City of LA?”

He looked at me. So did Jock.