I said, “Well, that’s a hypothetical question, isn’t it? It’d only apply if that I really was giving out advice like that.” Jock grunted. He liked that. “But no probation officer, including me, would ever tell a client they can’t be arrested. It’d be, well, insane.”

“So what do you claim you told Mr James?”

“What I tell any client. He has to give his name and address if he’s stopped by a police officer. I also told him he should say where he’s come from and where he’s going if a cop asks him. That’s more than he exactly has to do, you know that, but he’ll never  hold all the relevant law in his head. That advice is close enough and keeps it simple. And absolutely, I told him that if he gets arrested he should go quietly and not get himself into more trouble. That’s the same advice I give to all clients. It’s definitely helpful to the City.”

I caught myself about to smile and stopped it. Maynard seemed to want to make me the issue, so he had to have more material than this. On the other hand, if he’d bothered to use something that Dwane might or might not have said, he couldn’t have much. Still, it wasn’t a good idea to relax.

Maynard said, “Mr James made a very different statement about the advice you gave him.”

Maynard looked pleased. I was acting defensively, like a suspect. “Okay,” I said. “I’m not even going to make an issue of that. Not now. But I’ve outlined what I actually said to Mr James. It’s the same advice any probation officer would give, and the police have never objected to it. If Dwane really said I’d told him he can’t be arrested, then he’s nuts. Well, okay, he is anyway. More importantly, he’s not telling the truth.” 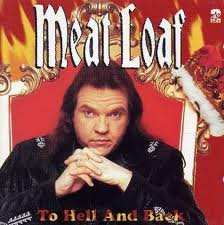 Jock said, “Oh come on, Greg. Dwane’s as dumb as a plate of meatloaf. And he was having a psychotic episode, wasn’t he? What the hell does it matter what he said? You know better than this.”

I said, “No, Jock, it’s ok. Commissioner Maynard, if you show me the police record of Dwane’s arrest, including the records, paper or electronic, made at the time, of what he actually said, then I’ll be glad to respond. In as much detail as you’d like. If you’re concerned about this I’ve no intention of being obstructive.”

I may have put a little too much sincere helpfulness into my voice. But by then I didn’t really mind if I annoyed Maynard.

Maynard gave me a look. We were two public servants having fun. “Yeah, that’s helpful.”