The search and photography session in Ana’s room was easy in practical ways and mildly awkward at a social level.

I’d flirted with Jane Siebel, but never chased her very hard. Jane had made it clear that even a date would take some serious chasing, forsaking all others, on my part. But we generally took the time, when we spoke or met, to recognise that there was a possibility there. A small possibility and a fading one, but that sort of thing is never completely unimportant.

But there must have been more spark between us than I’d realised, because she and Sa’afia soon recognised each other, and that each was there for practical reasons and because of the slightly ridiculous way I ran my life. They started by being faintly prickly with each other, and then relaxed when they realised they liked each other. So they spent their spare energy being ironical at me instead. I pretended to be oblivious. 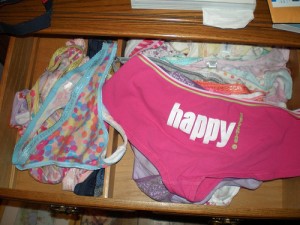 When we’d done Ana’s room we’d found that Ana had been a good girl who did as her probation officer said, and either had no marijuana – which was the only drug she took, I was pretty sure – or kept it somewhere it couldn’t be connected to her. And we had a photo essay that included pictures of the inside of all of her drawers, the imitation burberry suitcase under her bed, and so on.

The dusty space under the loose floorboard in the corner was the most likely hiding place for any drug user, or an alcoholic hiding a bottle, but all Ana stored there was dust. There was more dust, lots of it, behind the books on the shelves in front of her mirror.

We were out of the house by half-past twelve. Afterwards I dropped Jane and Sa’afia back to their workplaces. I gave Sa’afia a boringly formal kiss outside her work, and issued a couple more instructions for her to pass on to Ana.

Then I drove back to work. It was three and a half hours to the meeting with the cops.