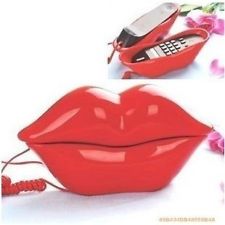 Too retro to hack. Suddenly we’re all back to land lines.

Sa’afia didn’t sound enthusiastic when she picked up my call. She wasn’t supposed to take personal calls at work, and I’d made her look bad. Why hadn’t I just called her cell phone? But she rallied when I explained that I was calling because Ana was in trouble. And that my cell phone, and possibly hers, weren’t as reliably private as we might like, right now.

I told her what Ana had told me, and let her spend some time being outraged and sympathetic. She’d experienced police racism, but nothing quite as ugly as the things that were being directed at Ana.

I told her I thought this had happened because Curnow had heard there was a high-level meeting between the police and probation service this afternoon, and that it had something to do with my case load. He guessed my agenda might have something to do with him. Which it did.

So he wanted to frighten Ana. It would soon be occurring to him that he’d also need to discredit her, in case she wasn’t frightened enough. Curnow had various kinds of advantages over Team Ana, but one thing we had going for us was that he wasn’t very bright, and he was very lazy. My observation of the unusually corrupt local cops was that it wasn’t so much that they were greedy, because corruption didn’t pay all that well for most of them. It was more that they were lazy. Being corrupt was easy.

I said some of that to Sa’afia. There was a long silence from her end of the phone. Then she asked what she could do. So I asked her if there was a room at her firm where Ana could sit with the door open so there’d be no shortage of witnesses to prove she’d been there all afternoon. Sa’afia thought, and said there was. Then keep her there till five, I said.

And I said I was probably being silly, but she shouldn’t use her cellphone to say anything she wouldn’t want Curnow to hear. And when Ana arrived, she should take her cell phone battery off her. That’d be the only way to keep Ana from using her phone, and it’d help her see that this was serious.

Then I asked her to take an early lunch and meet me at Ana’s place. I’d bring Jane Siebel, a friend from the Community Law Centre, who I hoped would want to do the work even if I couldn’t get her Ana as a paying client. Because it might mean nailing Greg Curnow. Jane would be there to witness us searching Ana’s room, taking photographs as we went.

Sa’afia could be back at work in less than an hour because we only had to search and document her bedroom. If Curnow came round to plant drugs, or maybe stolen goods, it’d be in her room. There’d be no point in planting anything in the kitchen, lounge or bathroom. Those rooms were shared.

This afternoon I’d sort out all the things that needed sorting, including a safe place for Ana to stay that night. Sa’afia said she could probably help with that.

I wanted to say something sexy to her then, since this was a personal call on the boss’s time, but Sa’afia stopped me. She said there seemed to be some sort of subdued chaos going on in the foyer. “Subdued chaos” was Sa’afia’s phrase.

“Not think. That’s Ana. I’ve got to go.” But there was a smile in her voice, and some of it was for me. That would have to do.