“Okay. Have you got any money on you? Like twenty bucks?”

“Yeah? I’ve got … a ten buck note and some coins. Probably about twenty.”

“That’ll do. I want you to consider that it’s possible that someone’s watching you at the moment. There probably isn’t, but if there is we want to lose him, don’t we?”

“Okay. I also want you to pretend that someone’s listening in to your phone.” I wasn’t sure if there’d be someone watching her in person. But I was sure that her cell phone would be being monitored. Curnow would have had no trouble getting her phone hacked, with or without a warrant. You can’t have drug prohibition and not have police corruption. “Including listening to this phone call. So I’m not going to give you any detailed instructions. What you’re going to do is talk to your tuakana.”

“Ah.” Tuakana means an older, respected cousin, of the same sex. It meant Sa’afia. But it would take Curnow, for example, a while to find someone to translate the word for him. “Okay. I can do that.”

“Good girl. Talk to your tuakana in person, not on a phone. I’ll have contacted that person by the time you get there, and they’ll know what to do. Um, I don’t care exactly how you get there. Just make it hard for anyone to follow you. Can you do that?” 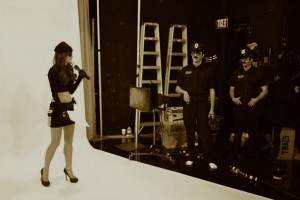 “Oh yes I can.” Ana had cheered up a little. This was a game, and she liked games.

I hung up. I was worried that if we talked longer Ana might say something that identified Sa’afia.

I considered my desk phone. Probably it wasn’t tapped. It’d be hard to get a warrant to intercept calls going in and out of the probation service. It would also be hard to do it illegally, in this building, without getting caught. But still …

Down the corridor, I found Jock’s office empty. I sat in the visitor’s chair, not that that would make him much less annoyed if he returned before I’d finished. I picked up his desk phone and called the landline at the law firm where Sa’afia worked.