“Have you been talking to Sa’afia?” I used the voice of a probation officer who was busy, and not in the mood.

“Oh. Well then, nothing.” I felt vaguely ashamed of myself. “Why are you calling? And what’s wow, just wow?”

“Yeah, he’s a cop. But I know him. As a man he’s a pig, you’re right.” Curnow was a racist, and he was probably corrupt, though he hadn’t been caught yet. He knew exactly how far he could push people so that they’d use obscene language, run off or take a swing at him, without anyone being able to prove he’d been engaged in harrassment. About half of Ana’s criminal record was owed to Curnow, 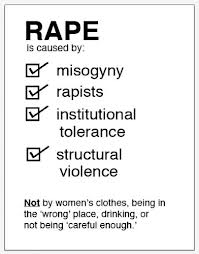 “Jaime, he came round to work, so my boss would see. With two other cops. I don’t know who they were. And when we were out the back and there was no-one around he said he’s going to fuck me. And his mates are going to fuck me too. They said they’ll put drugs on me, and if I don’t fuck all of them, they’ll…”

I wasn’t sure how I was going to make certain of that. But in the meantime I was ready to make the commitment. “And he’s not going to plant drugs on you.”

“But you can’t know that.” And then Ana cried. She’d said her thing, and I’d said mine, for what it was worth, and now she bawled like a baby, a baby who was badly hurt and scared, without restraint.

I looked at my watch. My meeting with the cops was in four hours’ time. This had to have something to do with that meeting. I said, “Ana, where are you? I mean, right now, where are you?”

I had to ask three times before she could answer.