I got to the office, wet-haired, about half an hour late. It turned out I’d been missed. Last night a client I haven’t mentioned, Dwane James, had kicked a man almost to death outside a bar. He – I mean Dwane – always wore steel-capped boots, though he’d never actually had a job. He just liked the steel-capped look. 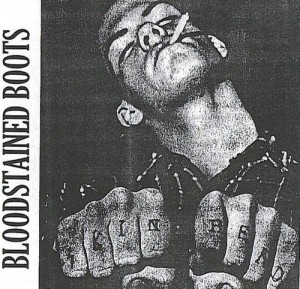 He must have thought his victim’s blood suited him too, because when he was arrested an hour or so later, walking home as if nothing had happened, he’d still had the blood all over the boots, and the bottoms of his Lakers tracksuit. He didn’t play basketball, either.

He’d be going back to jail for many years. I had no problem with that, except in the sense that jails weren’t going to make him any safer to be around, when he got out again. But I couldn’t change that.

It was my job now to find out what had sparked Dwane into violence last night. The judge wasn’t going to care, beyond mild curiosity, but it had to be done. And it would be my job to recommend “a significant custodial sentence”, though Dwane was going to jail whether I recommended it or not.

So I called the cops to say I was ready to see Dwane, and they brought him round, with a couple of officers guarding him. Interviews were done at our place, mostly, not theirs.

Dwane had no explanation of what had happened last night, but he managed some tears for himself and the future he’d trashed. I told him he was lucky the guy he’d attacked wasn’t going to die. Dwane didn’t care about “that asshole”. I tried explaining why he should care, but he wasn’t taking in information. That could be his lawyer’s job, when the drugs wore off.

The cop who took Dwane away asked if we were going to have a fight about Dwane. He knew I was coming to see their Chief that afternoon, and he wanted to read my mood. And he hoped I might say something the cops could use against me, something unbalanced or anti-police.

I said Dwane was a fucking idiot, which wasn’t giving away any professional confidences, and that we weren’t likely to be disagreeing about his case. Then I said, “unless you guys want to send him home to his mom; we might be disagreeing then.” So the cop laughed, and said that the next time Dwane saw his mom, it’d be through wire-reinforced glass. He left with Dwane, and with nothing for his Chief to bring up at this afternoon’s meeting.

So I went to the office of my permanently unimpressed boss, Jock, to tell him how things were. He listened in silence, then let me stand there like a schoolboy for four minutes. Then he nodded and said it was often a good idea to turn up at work on time. And that I’d see him that afternoon.

I went back to my office, thinking that this job is a minefield. It was a game of snakes and ladders. With land mines. I sat down, with things to think about. The phone rang. And sure enough, it was Ana.