“Oh great.” I was shocked by how much I desired the image of Ana that flared sudden and brilliant in my mind, but it seemed rude to Sa’afia even to have it in my head. I closed my eyes and pushed at my eyelids with my fingers. I got a purple ball floating on a brownish-red background, and Ana dissipated. “Well, she’s just going to have to stay jealous.”

“Poor Ana.” But Sa’afia was eating her curry now, and if she felt any real sympathy she had it well concealed. She waved her fork at me. “But you can’t go round bossing me around just because you can’t have her. And spanking me.”

“I’ve never bossed you. Yet. And I’m never going to spank you because I can’t have Ana. I spanked you because … I don’t know, because of the moment. And because of your ass. Great ass.” Sa’afia kissed me for saying the right thing. So I said the wrong thing. “It really, truly had nothing to do with Ana.” 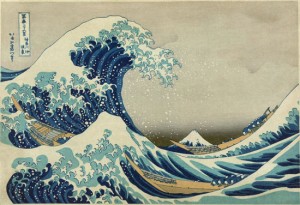 Sa’afia stopped kissing me. I was probably lying. Certainly what I said wasn’t true. Ana and I had flirted, obscurely but hotly, and some of the sexual wash from that flirtation had reached Sa’afia.

But the rest was hers and only hers. It was foamy and hers, and I shouldn’t leave her in any doubt.

So I assumed the right to hold her face and turn it to me. I kissed her again.

She liked the kiss. She said, “you better remember which girl you’re with.”