So we had a slightly futile probation officer-client relationship. I’d try to talk to her, and she’d answer some of my questions as briefly as possible, looking at the floor on the far side of the room, in a tiny voice that involved almost no breath and no movement of her mouth. She had to repeat most things she said, because I never caught it the first time, but though that annoyed her she never spoke any louder.To keep things even, she didn’t listen to anything I said, either. 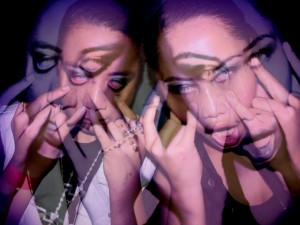 No, it’s okay. I don’t care what you were saying.

We went through the motions. I’d set her up with job interviews, and she’d turn up late to those interviews, sullen and uncooperative, and not get hired.

I’d give her brochures for job training, and she’d take them when I put them directly into her hand.

And she’d lose them.

I’d tell myself that this was her right, and that all she had to do, legally, was turn up once a week. I was – still am – fairly obsessive about keeping the coercive power of the state severely limited, so although I had some levers I could have used to make her take probation more seriously, I didn’t use them. You might think that a civil libertarian working as a probation officer is in the wrong job. Well, it was the right job, but it did make me almost permanently uncomfortable.

Anyway, the shadow boxing between us had to end because I got a call from the local police station. At the time I didn’t realise just how deeply the local police despised me. But I was on the wrong side in all of my cases, and I didn’t like the cops enough to drink with them after the case, like the defence lawyers always did.

Even so, the desk sergeant sounded quite sympathetic, this one time. My client, Tiana Vainu’upo La’asaga, had been arrested. She was in one of their holding cells. If I wanted to come and get her, they’d release her into my custody.