But a week later I was pulled into the Director’s office. He told me I was good at doing these reports, but they thought they’d broaden my skills by giving me long-term supervision cases of my own. So I picked up some files. I had a case-load of a dozen, which was very light. And one of them was Ana. 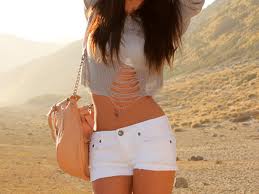 So two days later she was back with me in the interview room. She was wearing tiny white shorts and a torn tee shirt. She looked like she was going to climb a tree and steal apples. She looked like she wanted to be the hottest woman on the dance floor. She flickered from one to the other, within the same second.

I coughed again. She must have heard men clearing their throats before they spoke to her.

She had brown eyes. I realised she’d wondered why I’d said “again”? She didn’t remember me, specifically or personally. I was just some pig. Part of the Ana-crushing machine. She said, “hello.”