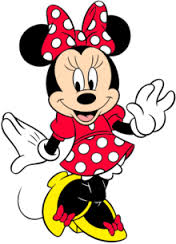 Instead of knocking and waiting I tried the door. It was unlocked so I let myself in, locking the door behind me.

A huge tapa cloth, tan, white and black, covered most of the left corridor wall. I knew the words “‘aiga” (family) and “alofa” (love), but I couldn’t make out what it had to say about those things, beyond that it likely to be favourable. There were doors to the right but I followed my nose and ears – I could hear Sa’afia humming – through to the back of the house and the kitchen. 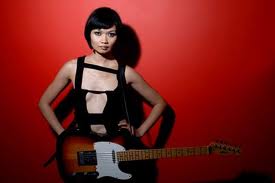 Sa’afia wasn’t naked. She was leaning over the stove in baggy jeans and an ancient tee-shirt that must once have been red: Bic Runga, Pacific Voice. It had to be a bootleg, but that only made it cool. That’s enough connoisseurship from me, for a while? But I watched her rump wiggle in the baggy denim for a few long seconds before I said, “you must have a couple of glasses.”

“Jaime!” She charged me with a wooden spoon she’d just pulled out of something yellow and chilli-savoury. I put my bottles on the table and took the spoon off her, balancing it on the edges of a fruit bowl before I let her wrap herself around me. I was wearing a white shirt, and I’ve never been lucky with white shirts and yellow curries. I put my hands on her jeans and then slid them under her jeans to cup her ass, left and right, before I said, “Girl.”

I nuzzled her. I liked her flat nose. It was pretty, though it showed mine up as kind of pointy. “Yeah, you look good. You feel good.”

“You feel good.” She said it like an accusation.

I smacked her arse, something that despite her urging I’d not dome to Ana. It felt good and she didn’t stop kissing me, so I smacked her again. “You aren’t naked.”

“And you’ve seen me in my party things. And you’ve me wearing your clothes, pretending to be a good Christian girl. Well, I thought you could see … me. This is just… me.”

I smacked her arse again. I had no excuse for that. “Well, just you looks pretty fucking good.”

She said “oh” because of the erection that confirmed what I thought of just her, and because I pulled her tee-shirt up and – she raised her arms – off. “I’m cooking!”

She had to say that because I’d turned her and pushed down over the table, and undone the catch of the bra.

I turned the stove off. There were curries. They would keep. And poured a glass of wine. We could share it. Then I said something so cheesy that even now the memory of saying it makes me cringe. “So am I.”