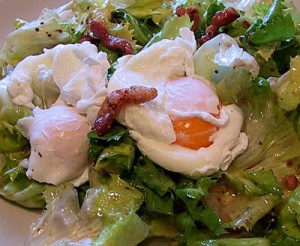 It was afternoon. We’d fucked and slept again, and now we were awake. Sa’afia sat on my bed facing me, cross-legged in my shirt, eating the salad and boiled eggs I’d provided. The shirt was unbuttoned, and there was a tendril of shredded lettuce just above her right nipple. At some stage I was going to lean forward and eat it, but for now I was mesmerised by the way that little sliver of green swung and lifted on brown curved skin as she ate.

I could watch this oddly intimate sight because I’d done one domly thing with Sa’afia. After we’d exhausted ourselves, I’d put together lunch in the kitchen while she had a shower. When I brought her food I’d picked up the shirt and put it on her shoulders, and she’d put it on and then made to do up the buttons. I’d told her firmly to stop that and leave the shirt open.

She stopped eating, at last, and looked at me. I was greedier than her, and I’d finished, except for that sliver of lettuce of her breast. I was saving that. “What’s it like, being Ana’s probation officer?”

I thought. “Well, it’s, um.” I realised that there was nothing about being Ana’s probation officer that wasn’t personal. “Actually, I don’t think I can tell you anything about it. We’re like doctors.” 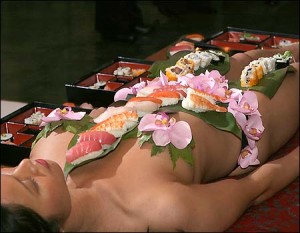 “Not exactly like priests. We’re not supposed to butt-fuck our clients.”

Sa’afia stared at me, a little shocked, and then the shred of lettuce shook when she laughed, until it fell another fifteen centimetres down her body, on the curve of her lower belly. I’d be happy to eat it from there, too.

“Nah. Not even about the butt-fucking.”

“Mmmm. You’re not such a good boy, not like you pretend, are you?” Sa’afia reached over and touched my cock. “But I’m not confidential. I can tell Ana about you.”