But with the mouth-touching and waist holding thing we’d only signalled possibilities. It took us until two in the morning to get into the same bed. It wasn’t a matter of Sa’afia being coy, or her wanting assurances that I intended much beyond the present night. She wanted to know for a fact that she liked me.

I’d made no important mistakes, and relief had made me a little high and silly so that I was more successfully amusing than usual. But I think she only decided that she liked me, personally and particularly, about one-thirty. The unusual thing was that it was because she worked out that I’d lied to her about something important.

We’d talked about Ana’s college, where I’d let her think, without saying so directly, that I was enrolled too. But I mentioned an Indian takeaway in the food hall, which had actually closed two years ago. Sa’afia knew that and I didn’t. She looked at me. She was angry. 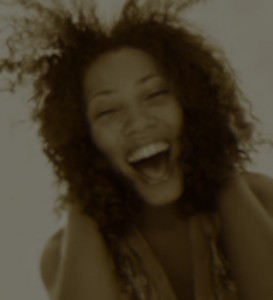 Then suddenly she wasn’t angry. She pointed a finger at me, as though I was something funny that I really should get a look at. “You. You’re the guy from probation, aren’t you? Ana’s told me … Oh my god.” And she laughed, then tried to stop. Then she laughed some more and said, “Oh, I’m rude, sorry. Sorry.” Then she laughed so hard she stumbled forward, helpless with amusement.

She collapsed against me, which meant I had to hold her up, which was fine because it was an intense version of holding her. She felt good.

She glanced over at me, a little guiltily, but I was happy. So she kissed my neck. “You’re funny.”

There was a lot to be said about that. But I chose, “Taxi?”