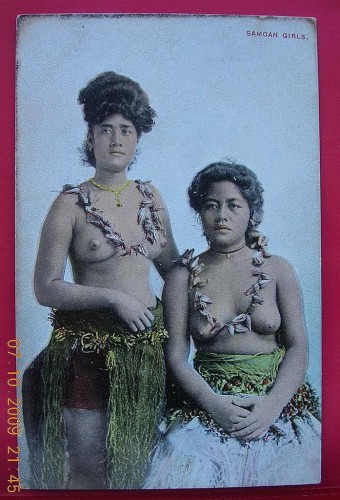 But with the lesbian story I could believe she had issues to work through. She’d said so. I knew that Ana’s was a conservative family. I also knew that Samoan attitude to sex could be more liberal than the mainstream in some ways, but much more conservative in most. Girl on girl play wasn’t sweet, or cute. It could be a big deal. Not in a good way.

Several of the women I’d slept with had done something sexual with another girl. If they hadn’t, they wouldn’t have been surprised at themselves if they did. The right girl, plus some wine or half a joint was all it’d take.

Ana’s story seemed to me to be a description of a reasonably skilled, and perfectly fair, girl-to-girl seduction. But Ana would have been brought up to think it was wrong. She could be genuinely concerned about her experience. She’d said she was, and I had no reason not to believe her. I thought I didn’t.

When I said these things Ana thought she’d missed. Her story had hit the probation officer, not the young guy who fancied her and, amusingly, wasn’t going to do anything about it.

As for her story, I later guessed that it was something that had happened to her sister. Ana probably hadn’t had sex with another girl when she was eighteen, though she might have later. But I hadn’t been as immune to Ana’s sister’s story as Ana thought. For several nights I was haunted by thoughts of Ana and, between her knees, another girl who looked exactly like Ana. They held each other, they kissed, they writhed together. I slept badly.

The following week Ana had no story for me.