I said, “No, Ana, hold still.” I pushed her ass down and held it there. “You can’t come without my permission. That’s a rule. From now on. Understood?”

There was a pause. Ana probably had called a man sir before, but ut had probably been a teacher. It hadn’t been a man who’d stripped her of all her clothes and most of her dignity, and who was about to celebrate by fucking her. But she’d heard about sex that went like this, so it made sense. I raised my hand again, and she hurriedly said, “Yes sir.”

I put my thumb in her cunt and caressed her clitoris, stroking and occasionally smacking, until she was floating again, her body rising and falling on my knee, hovering somewhere near an orgasm. Still stroking her, I spanked her with my other hand, firmly enough for her to feel it, but not hard enough to hurt. 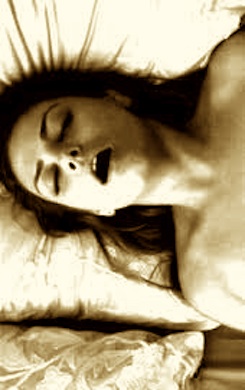 Ana’s breath came harsher, and faster. I sped up the stroking, and made the spanks harder, and her nasal noises started again. I said, “Ask permission first.”

“Please may I come?”