Sa’afia lay arched over my knee, fingers and toes touching the carpet as I’d told her. I spanked her firmly and fast with the back of my hairbrush, while she squirmed and demanded more. She wasn’t in subspace, but a more demanding, needy place, where she wanted more pain than I was prepared to give her.

I’d have said, if she’d asked me, that I was rationing the pain she was allowed because I was concerned about her physical safety. But that was only part of it. To give her as much hurt as she wanted just then, I’d have to have been darker, emotionally, than I wanted to be. I have my own limits, and I’d already learned that I was never happy with myself if I went past them. 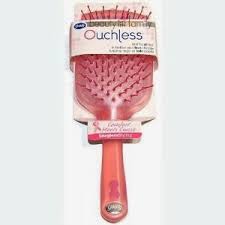 Still, one last hard smack on the soft undercurve of her arse broke the brush. It was only that the glue that held two sections together gave up, but it seemed dramatic. A chunk of hairbrush fell to the floor beneath her. The split had pinched her skin for a fraction of a second before it parted, and there was a thin line, about four centimetres long where it had drawn blood.

Sa’afia had jerked her body forward, and then held herself still, waiting to see how I was going to react. I hoped she was shocked. I said, “you broke my brush.”

I hoped she might find that dramatic. Then I added, “cool”. Idiotically. I ran my finger along the little beads of blood and held the finger to her mouth. She licked it clean.

I liked that. I pushed her off my lap, onto the floor. I smacked her ass while she sprawled, and pulled her up by her hair, roaring at her to bend over the bed. Sa’afia obeyed, arching her rump up like a cat, ready to be taken. I took her.