The girl was about half right. In one sense I’m not like a stone cold dyke – also called a stone dyke, or a stone butch, by the way. I’m very happy to let my partner get intimate with my cock, I’m certainly going to get undressed, and I’m going to come.

But I’ve got stone cold elements. They’re the same elements that most doms have, I suppose. The most important is that I, or we, don’t really lose control.

Well, I do lose it when I’m coming. My orgasm noise, for example. 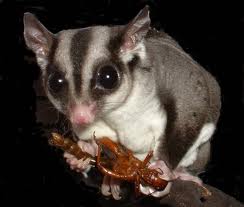 My orgasm noise has evolved over time. I used to sound like lost seagulls. Plunging between some woman’s thighs. Now I sound like an operatic tenor having the life sucked out of him by sugar gliders. (They’re cute little furry things. Here’s one.)

I haven’t met a girl who carries a tuning fork for those moments, but I think I hit a high B, though with a lot of flutter. High C at a time like that? I don’t think so.

But those noises are proof that I’ve lost control. They sound really silly, and if I had any choice at all I wouldn’t want to sound like that. 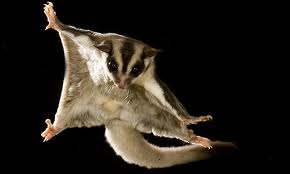 Anyway, apart from orgasm, I don’t lose control in sex. I watch the submissive, for her safety, and because a submissive losing her self-control is about the most beautiful sight in the world. I set a high value on knowing what I’m doing. Not just in terms of competence, but in terms of staying focussed.

She might not know if she’s on a bed or flying, if things are going really well, but I do.

So maybe there are things that doms miss out on.

At the same time, I enjoy the control. And that brings me back to Ana. Ana had started to listen to me, since we’d talked by the river. The consequences of that were, well, complicated.

But Ana only gets into this post by the skin of her teeth, because I’m out of time.