Jock was back in his office when I got back. With the door shut. I figured he was intending to make me sweat. It took a while to understand that he wasn’t going to talk to me at all that day. He wasn’t hiding. Jock doesn’t hide. But he had nothing to say to me. 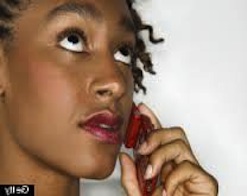 I called Sa’afia. She was pleased with my news about Ana, but not pleased, separate from that, to hear from me. No, her mother was back. And yes, that’s right, she’d be staying with Mum tonight. I called her my blossom possum, and when that got no reaction I tried peril squirrel, then combat wombat. Sa’afia liked rhyming compliments, or at least she got them. But I didn’t get a laugh or an endearment back.

I wasn’t her little man, just then. I had no idea what she meant by that particular endearment, but I missed being it.

I lurched through the rest of that conversation, without burning any bridges. I felt relieved by the time I’d steered to the end and it was time to hang up, and immensely worried about that feeling of relief. What the hell was going on?

The rest of the day I spent dealing with clients I haven’t mentioned here before, and probably won’t mention again. A guy called France, for example, had got drunk and tried to hold up a paint shop with an ancient shotgun that might, or might not, have gone off if he’d actually pulled the trigger. Or it could have gone off and killed someone if he’d just bumped it. Or it’d have blown up and killed him. He was lucky that no-one had pushed the issue one way or the other. He was lucky, also, that when he’d collected his $80 and run out of the shop, straight into a police floodlight, he’d laid down when they’d told him to.

I’d interviewed him and I knew enough about why it had happened: metamphetamine, greed, anger and stupidity, mostly, though I could have written about family trouble, homelessness, his being bullied and raped, and I’d have been telling the truth when I said those things too. But he was going to get five years and serve three, no matter what I said. I had his and two other pre-sentencing reports to write.