I didn’t know anything, except her mouth, and my cock. The middle of my body was no longer touching the bed. My fingers pressed and twisted into the sheets. 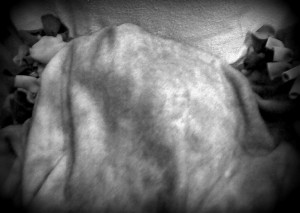 IHer nipples brushed against my thighs. It occurred to me, as the sweetness built up in me, and I was ready to release, that I should warn her that I was about to come. But it was hard to make words, and anyway it must be obvious enough. I made noises in the back of my throat, gutteral noises, as I felt myself reach all points of no return. I came.

There was a second’s interruption in the rhythm. She drew back for long enough to swallow the first release, then she sucked and swallowed smoothly, and continued. I laughed, just for the happiness of it.

She kept sucking, still pleasuring me. She made a loving, nasal sound. It seemed she loved my cock.

I’ve tended to find it surprising when women like my cock. Or, I suppose, when women like cocks in general, since there’s nothing special about mine. Anyway, I don’t mean I’m surprised by women liking the way my cock makes them feel when things go well. That happens. It’s more that some women, or many women, get angry about cocks in particular, when they feel angry at bad male behaviour.

I’ve had girlfriends who can get up from our bed, perfectly happy or better than that. But when they met up with girlfriends they’d chat over coffee and biscuits about men and how crap we are. In these conversations cocks feature prominently (I was going to write “come up”; the language will have its way). So some, or many, women distinguish between the pleasure of fucking, in which cocks also feature prominently, and the cock that does the fucking. Cocks become a symbol for selfishness, stupidity, arrogance, and so on. So even lusty women who love sex with men can have an attitude to cocks that ranges from ambivalent to slightly hostile. Well, some men do some horrible things to women, involving cocks, so there it is.

Anyway, I was being mouthed and tongued by someone who loved cocks, or my cock in particular. It was tenderness, and I was surprised by it. She stayed on me, loving and cleaning me, until I began to soften in her mouth.

I took a long time to soften, and I understood that she wasn’t going to stop while I was still hard. I think, though it isn’t a gentlemanly thing to do, that I’d fallen asleep again before she had finished.