I took Sa’afia and Ana to the Gurudwala Bangla Sahib, a Sikh restaurant near my place. It was my favourite cheap celebration restaurant, with dishes that were more like everyday Indian food than banquet meals, and therefore excellent, and low mark-up on the drinks. There was also an element of showing off, because I knew that when Mr Shergill, the owner, saw me come in with not one but two pretty girls, he’d come out to shake my hand, show us to our seats and generally make a fuss.

So Sa’afia and Ana were seated, properly overwhelmed by the formidable charm of Mr Shergill’s vast, genial, magnificently moustached and turbanned self. He knew exactly how magnificent he looked, and he was perfectly aware that he was doing me a favour.

I told Sa’afia and Ana the greeting was because I’d brought two amazingly pretty girls into his restaurant, and that Mr Shergill had an eye for that sort of thing. It sounded true, because one look at his waiting staff, all of them young Indian students from Cal State Long Beach, confirmed Mr Shergill’s appreciation of human beauty. Sa’afia and Ana were ebullient enough just then to believe that the greeting was for them, and in any case they were exceptionally beautiful that night. They glowed. Happiness and celebration suited them.

The truth was that Mr Shergill had started coming out to greet me when he learned that I was a probation officer, and his enthusiasm had been even greater once he realised that I was in Jock’s team. Jock had once done him a good turn, and it must have been something important. I was the undeserving beneficiary of his gratitude.

Anyway, Sa’afia ordered vegetarian, Ana went for fish, and I ate goat. I was paying for the meal, but Ana insisted that she’d pay for drinks. That meant she got to dismiss my wine request and go and have a long, whispered conversation with the handsome man behind the bar. He became very attentive to our table. Ana was pretty, and happy Ana was immensely engaging. And whatever she’d whispered to him had been interesting. He brought out a series of silly cocktails as the evening went on. 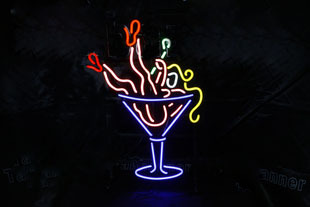 There seemed to be some sort of theme to it. Sa’afia and Ana kept getting cocktails with lots of cream, like brandy alexanders and White Russians. Not me, though. I was brought, in order, a piña colada, a Singapore Sling, a blue booty, and a drink that Ana had to go back and explain to the barman.

I said I couldn’t see why it took much explanation, since it seemed to be just pineapple juice, something crimson, a bit of white rum and some cinnamon powder.

Ana was pushing for attention, so I pretended not to know those words, though Sa’afia had taught me them. The name means something like, “fuck me, darling”, and while that doesn’t sound too incredible as a name for a recent cocktail, there was no way a drink would get a name like that in a conservative place like Samoa.

But Sa’afia laughed, then pretended to be shocked. She smacked Ana’s arm.