The drive back from the office wasn’t as uncomfortable as I’d expected. Jock wasn’t happy with me. But I’d got most of what I wanted, and I knew that Ana would be ecstatic to hear the outcome, which was good in itself, and meant that Sa’afia would be pleased with me too, and wanting to please me.

Happy women make my marker and definition of paradise.

That sounds patronising. One part of it is. Many doms – I’m certainly in that group – take on subtle kinds of care for many of the women around them, not just the submissive women they’re involved with. I’m concerned that the women around me are happy, and I have a tendency to feel smugly pleased with myself when that seems to be so. That’s certainly patronising, or paternalistic, and although it’s a relatively benevolent strain of male chauvinism, I still try to keep myself aware and wary of it. 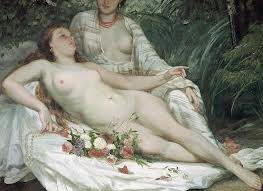 Peace, comfort, flowers, food, sex: that’s where I want to be

The other part isn’t quite so patronising. It’s that I like a lot of the things that most women like, but I’m bored shitless by a lot of the things that most other men like. For example I can watch babies for hours, and talk about them, because they’re fascinating. I’m not as convinced as most women that babies are beautiful, but I am convinced that they’re clever, and watching them try things and figure things out is perpetually astonishing.

On the other hand I’ve watched a couple of the big, hugely popular sports games, and I had a massive failure of interest: I still had the television on at the end of the game, for form’s sake, but before half-time I’d be reading a book. I also have an empathy failure: try as I might, I can’t imagine the state of mind in which you’d actually give a fuck who wins or loses a sports game. (Unless it’s one you’re playing yourself, like beach baseball.) 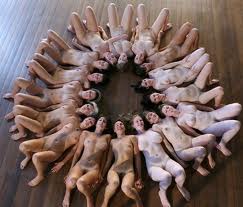 Womanotopia is the place for me.

So environments in which women are happy tend to be places where I’m happy too. So I was looking forward to getting to Kempff, Hsang and Cowper, where Sa’afia would be sexily happy and Ana exuberantly happy.

I’d have to fend Ana off, of course, but I quite enjoyed the necessity. And she’d inspire Sa’afia. I guessed I’d take them both out to dinner. And drop Ana off and take Sa’afia home.

Jock did ask me how I’d thought it went. I knew he was hoping I’d say it had gone well, so he could bawl me out and tell me how I’d broken a long-term relationship, and I had no idea of the consequences that would come from that, or how long it’d take to repair. So I said I’d thought it had gone terribly. It was a disaster that the police didn’t like us any more, and Dwane was still going to jail, so I’d fucked it up. Jock had grunted and held off his lecture, even though he wasn’t completely sure that I wasn’t winding him up. Which I was.

I’d driven on, two souls in a government car, one of whom respected the other, failing to communicate.